Our Blog Posts are currently only available in the English version of our website.
If you are interested in a translation of a blog post,
please reach out to info@aafilmfest.org.

Last October, Saturday Night Live broadcast the comedy sketch “Short Film,” set at the fictional “16th Annual Ann Arbor Short Film Festival.” The cast, along with guest host Emily Blunt, poked fun at film festivals as well as at avant-garde cinema. While this sketch may not specifically poke fun at the Ann Arbor Film Festival, we certainly appreciate the parody that the sketch presented. We contacted former SNL head writer Chris Kelly, also the writer-director of the Sundance

"LET'S WATCH WITH THE ANN ARBOR FILM FESTIVAL" TO BE BROADCAST ON PHILLYCAM!

Along with the upcoming third season of Ann Arbor Community Television Access (CTN) "Let's Watch with the Ann Arbor Film Festival," Philadelphia Community Access Media, (PhillyCam) will broadcast all previous episodes. The upcoming season will lead up to the 56th AAFF in March of 2018 with interviews of film artists regional to Michigan and Northern Ohio, who will discuss their work with host Dana Denha. We are thrilled to reengage PhillyCam again and can not wait for the new 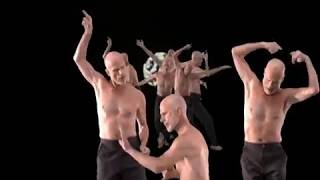 We are pleased to announce that Ann Arbor's Community Television Network (CTN) will soon begin production on the third season of "Let's Watch With the Ann Arbor Film Festival," an interview series with regional AAFF filmmakers. The program will lead up to the 56th AAFF in March of 2018, and is a terrific opportunity for to learn about film artists as they discuss their work with host Dana Denha. Past interviewees include Heidi Kumao, Jack Cronin, Chris McNamara, Andrew Day, A

Each Friday at the Festival offices, our intern team gathers to work together on the upcoming Festival, make plans and discuss any pressing matters. On October 13th, Mike Smith, the Johanna Meijer Magoon Principal Archivist for Michigan Historical Collections at the University of Michigan Bentley Historical Library, visited us to discuss the collections that he has overseen and personally created, including our very own Ann Arbor Film Festival archive as well as that of our f

We are thrilled to present ten years of the Ann Arbor Film Festival DVD series, featuring award-winning films, now available as a single must-own collection. The AAFF DVD Ten-Pack gathers some of the most subversive and beautiful Festival entries from the 46th through the 55th AAFF. The collection is a true labor of love, so keep your eyes open for a holiday special, coming soon! Check it out on our online store!

THE FESTIVAL AND ME

A Word from our Executive Director It was the final week of art school when Amy Kravitz visited my film class to tell us how to submit our work to film festivals. She gave us a handout that included the Ann Arbor Film Festival, listed under my home state. I'd grown up just 40 miles away, but had never heard of it. Soon after, I found the Festival office in the back of Vicki's Wash and Wear Haircuts and met AAFF director Vicki Honeyman. When I asked how I could help, she hande

The official 2017 screening season for the upcoming 56th Ann Arbor Film Festival is now underway! We welcome all those who signed up to be screeners with us this year to commence the viewing of your assigned films! Thank you to our friends at InfoReady, who designed and implemented our new online screening process. Screeners who have worked with us in years past have praised the new system. Long time screener Mark Hardin says that "the system is so easy to use and a real plea